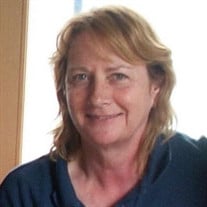 Barbara Jean Perkins Mueller Schneider, age 70, of Eau Claire and formerly of rural Richland County, Wisconsin, passed away of pancreatic cancer surrounded by her children at her home on April, 28, 2021. Barbara was born December 4, 1950 at the Richland Hospital to Ralph and Helen Joyce (Nee) Perkins. She was raised on a farm in Nebraska Hollow. Barbara graduated from Ithaca High School in 1969; participating in intramural GAA sports (before women competed interscholastically) and was the Homecoming Queen in 1968. Barbara attended UW Center-Richland 1969-1971. On May 12, 1973, Barbara married Jon Mueller. She and Jon built their home on her childhood farm in 1975. She enjoyed watching her two children grow surrounded by woods and wildlife. Barbara and Jon later divorced and remained friends until Jon’s death November 2020. Barbara was a hard-worker and held as many as three jobs at a time. She was employed with Cairns Equipment for over 30 years. She was the Township of Ithaca Clerk for several years. (in the footsteps of her Uncle Jim Nee.) She became a CNA and worked at Schmitt-Woodland Hills Health Center. Barbara relocated to Eau Claire in 2004 and married Dennis Schneider on December 26, 2005. They built a beautiful home in north Eau Claire. Barbara started a new career as a tax preparer for H&R Block and worked part-time at this position for the past 15 years. She also worked at Kwik Trip in Eau Claire for the past 11 years. She was the past bookkeeper for the UW- Eau Claire Theatre. Barbara enjoyed following her children and grandchildren’s sport events. She was a fan of Green Bay Packers, Wisconsin Badgers, and Milwaukee Brewers. She loved watching Family Feud, Jeopardy, and HGTV. She traveled to Colorado many times to visit family and sightsee. Survivors include her children Krista (Mike) Rick of Elroy and Phillip Mueller of Eau Claire. Four grandchildren, Brendan, Kayla, Kylie Rick and Jordan Brisbois (Jason Vasen), Oregon, WI; stepchildren: Patrick (Diane) Schneider and son, Jesse Dean and daughters Madison, Chayse, and Hope of Parker, Colorado, Kraig (Amy) Schneider of Eleva, WI and Jesse (Jessica) Schneider and their sons Ryan and Kade of Oakdale, MN., brothers, Lester (Cheryl) and Roger (Cheryl) Perkins, both of Colorado and George Perkins of Wisconsin and many cousins, nieces and nephews. Barbara was preceded in death by her husband, Dennis Schneider on October 17, 2020, her parents; siblings Mary Elizabeth and Marvin Perkins and former spouse, Jon Mueller. Visitation will be at the Clary Memorial Funeral Home, Richland Center from 1:00 PM – 3:00 PM Friday, May 14, 2021. Burial will follow at the Button Cemetery, Richland County. .

Barbara Jean Perkins Mueller Schneider, age 70, of Eau Claire and formerly of rural Richland County, Wisconsin, passed away of pancreatic cancer surrounded by her children at her home on April, 28, 2021. Barbara was born December 4, 1950 at... View Obituary & Service Information

The family of Barbara Jean Perkins Mueller Schneider created this Life Tributes page to make it easy to share your memories.

Send flowers to the Schneider family.