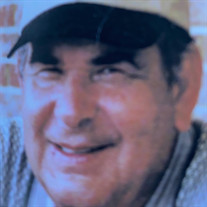 Domingo “Don” Lopez Jr., 92, of Richland Center died Saturday, June 19, 2021, at home. He was born in San Antonio, Texas, on December 5, 1928, the son of Domingo Lopez Sr. and Cruz Villegas. He married Ann Medel on July 29, 1957. Domingo’s childhood was primarily based in south Chicago on Newberry Street. After graduating high school, he joined the US Marines a few days after his 17th birthday in December of 1945, while in the US Marines he was part of the Marine Drum and Bugle corp. He eventually was stationed in China for most of his tenure in the Marines. After the Marines, Domingo focused on his music career as a trumpet player in Chicago playing most every night throughout the 50s, 60s, and early 70s. He played with many bands and artists including Tito Puente, Aretha Franklin, and others. It was playing music where he met his wife Ann Medel and was married in 1957. Domingo and Ann Lopez had a son (Eric) in 1960 and a daughter (Gail) in 1962, he was also a step-father to Linda Reyes, the daughter of Ann. Domingo attended college in the Chicago area where he studied business administration and challenged himself to learn other languages such as Russian. Domingo also spoke fluent Spanish. Most of the 60s and early 70s he worked at Howard Foundry in Chicago as a supervisor and metallurgist. In the mid-70s he joined Merkle-Korpf in Chicago. Eventually being transferred to Richland Center, Wisconsin to start a new division: Mercury Industries. Domingo retired from Mercury Industries in 1997 where he was the General Manager of the operation. Domingo had many passions including spending time with his family, kids and grandkids, golf, traveling, listening to music, and more. Survivors include his 2 children, Eric (Deb) Lopez of Minneapolis, MN, Gail (Mark) Ramsden of Avoca, WI; a step daughter, Lynn (Patrick) Gibson-Scheer of Dallas, TX; 4 grandchildren, Taylor and Erika Ramsden both of Avoca, WI, Andrew and Alexander Lopez both of Minneapolis, MN; great grandson Roman Domingo Lopez of Minneapolis, MN; 2 step grandchildren, Sarah (Justen) Merten, Luke Edlund all of Minneapolis, MN; a step great granddaughter Mae Merten; other relatives and friends. He was preceded in death by his parents; wife Ann Lopez; 2 brothers, Ernest Lopez, Rudy Lopez; and sister, Connie Rivera. Upon Don’s request no formal funeral services will be held. Burial will be held in the Richland Center Cemetery at a later date.

The family of Domingo "Don" Lopez Jr. created this Life Tributes page to make it easy to share your memories.

Send flowers to the Lopez family.