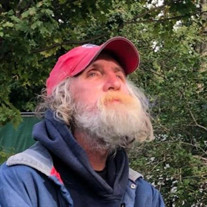 Gary D. Honer, age 59, passed away at home on Sunday, September 27, 2020 in Ithaca Township. He was born on October 19, 1960, in Richland Center, WI, the son of John and Audrey (Hach) Honer. He graduated from Weston High School. Gary served... View Obituary & Service Information

The family of Gary Douglas Honer created this Life Tributes page to make it easy to share your memories.

Send flowers to the Honer family.