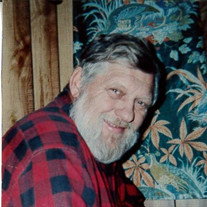 Gifford “Giff” E. Kidd, age 65, of rural Richland Center died on Thursday, March 2, 2017 at Bloomfield Nursing Home in Dodgeville. He was born on February 20, 1952 at the Richland Hospital the son of Myron and Shirley (Mead) Kidd. After graduation from Richland Center High School, Giff joined the U.S. Navy. He proudly served his country for 20 years as an Engineman. He married Peggy Chitwood on August 31, 1974 at Park Street Christian Church. After retiring from the U.S. Navy they settled in Goose Creek, South Carolina. Giff served on the USS Cree 1971-1974, Costal River Squadron One 1974-1977, USS Cannon 1975-76, Naval & Marine Corp Reserve Center 1977-1980, Naval Diving & Salvage Training Center 1980-1984, USS Frank Cable 1984-1985, COMNAVSURFLANT DMTT 1985-1986, and SIMA-Charleston 1986-1990. Giff loved the hunting and fishing in S.C., so he retired and then was a Game Warden on Base for a few years. He worked in a grain ship yard in Chas. S.C. for a while. Then to Mt. Pleasant as an outboard mechanic, he also started a small outboard mechanic business at home. Heart problems and back surgeries slowed him down, eventually ending up on disability. He loved coon and deer hunting, fishing, and camping with family on Lake Moultrie and Lake Marion. He taught his son and grandson (Josh) how to do those things he loved. He was known as Papa to his grandchildren. Papa loved wrestling and football and followed grandson (Josh) everywhere he could go to watch. Giff wrestled and played football himself and taught Josh a lot. He met so many people who became friends and family. They moved back to Wisconsin in 2006 to a piece of land in the country- had a few beef cattle and enjoyed some farming. His back finally gave out and ended up in a wheelchair. It was very hard for him to give up a lot of things he loved because of the pain. Peggy helped take care of him but his final stop was Bloomfield Healthcare & Rehabilitation Center by Dodgeville, Wisconsin. He became the Sheriff and kept everyone guessing _______. He absolutely loved it there and they loved him and took wonderful care of him till the end. Survivors include his wife of 42 years Peggy Kidd of Richland Center, WI; a daughter, Rosanne Kidd of Goose Creek, S.C.; a son, Zachary (Jessica) Kidd of Edgefield, S.C.; 7 grandchildren, Joshua, Marcus, Kahvaun, Haley, Ashleigh, Gabbie, Jaxon; great grandchild, Camden; a sister, Nancy Kidd of California; mother-in-law, Dorothy Chitwood; many aunts, uncles, cousins, other relatives and friends. He was preceded in death by his parents and father-in-law, Carl Chitwood. A Celebration of Life Service will be held on Saturday, March 11, 2017 at 1:00 PM at the Clary Memorial Funeral Home in Richland Center. Friends may call on Saturday, March 11, 2017 from 11:00 AM until the time of service at 1:00 PM.

The family of Gifford "Giff" Earl Kidd created this Life Tributes page to make it easy to share your memories.

Send flowers to the Kidd family.