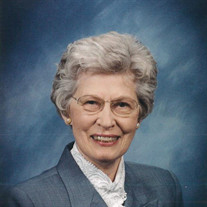 A much-loved Mom, Grandma, and Great-Grandma, Kathryn Marie (Weisshaar) Hawks, 91, of Richland Center, Wisconsin, passed into God’s hands from natural causes on November 12, 2016. An open visitation will be held from 3:00 PM-7:00 PM on Friday, November 18 at Pearson Family Funeral Home, with family present from 5:00 PM-7:00 PM. A funeral service will be held on Saturday, November 19 at 11:00 AM at Holy Spirit Parish in Creston, Iowa. Burial will follow the funeral at Calvary Cemetery. Memorials to the family will be determined later. Kay was born on August 26, 1925 to Hans and Marie (Kelley) Weisshaar, second generation German and Irish immigrants. She was the eldest of six children, born on a farm in Creston, Iowa, shortly before the Great Depression. Three attributes have remained constant throughout Kays’ life: her love of family, her innate predisposition for caring for others, and her unwavering faith in God. She grew up surrounded by family and often filled the role as a second Mom to siblings. Her cousins, both in Iowa and Canada, were her best friends and would stand by her side throughout her life. Kay attended Creighton Memorial Saint Joseph’s Hospital School of Nursing in Nebraska, where she earned her nursing degree. Kay returned to Creston, where she began her nursing career as a Registered Nurse and spent many years working at the Creston Medical Clinic. Later, she cared for children as a school nurse in the Creston Public School System. In 1948, she married a young Navy Veteran, Thomas E. (Gene) Hawks. Kay and Gene formed an enviable love and devotion to one another that would last 52 years. This love was shared with two children, Connie and Tom. They continued to love and nurture their growing family throughout their lives. Kay and Gene later moved to West Des Moines, Iowa, where she continued to care for the elderly in her family, sang in the church choir, and baked her famous cookies. Kay could always be found helping others. Kay is survived by her children, Connie McElree and Tom Hawks (Nancy); her grand-children, Chris Hawks (Susan), Tracey McElree, Stephanie Hawks (fiancé, Shawn Huxhold), Emily Willoughby (Jason), and Joel McElree (Laura); her great-grandchildren, Molly Jo Hawks, William Hawks, Ian Hawks, Anabelle Willoughby, Tyler Willoughby, Thomas Krueger, Lydia Willoughby, and Josephine McElree; and her brothers and sisters, Joe Ed Weisshaar (Mary Jane), Dorothy Wallace (Dick), Tom Weisshaar, Jane Keitges, and John Weisshaar. Kay was preceded in death by her loving husband, Thomas Eugene Hawks; son-in-law, Dwight McElree; brother-in-law, Pierre Keitges; and sister-in-law, Rosie Weisshaar. May our hearts be full with the love that Kay has shared with so many. The Clary Memorial Funeral Home in Richland Center, WI and the Pearson Family Funeral Home in Creston, Iowa assisted the family with arrangements. On line condolences can be made at www.clarymemorialfuneralhome.com

The family of Kathryn "Kay" Marie Hawks created this Life Tributes page to make it easy to share your memories.

Send flowers to the Hawks family.