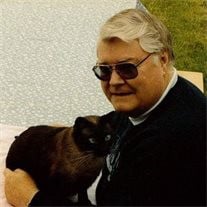 Larry D. Wyman, 74, of Richland Center passed away peacefully at home on Friday, March 16, 2012. Larry was born in Hillsboro, WI on December 4, 1937. He graduated from Hillsboro High School in 1955. On November 10, 1956 he married Kay Lattimer at the First Congregational Church in Wisconsin Rapids. Larry & Kay moved to Richland Center in 1959 where he went to work for WRCO. In 1964 he was elected Sheriff of Richland County and held that position until 1972. In 1985 Larry started the Kayla Satellite Broadcasting Network which had its headquarters in Clearwater, FL. In 2002 Larry was elected as a supervisor on the Richland County Board where he served until such time as illness prevented him continuing in 2011. He is survived by his wife Kay of 56 years; five half-sisters, Valeria (David) Sarton of Colorado Springs, CO, Vickie Fey of Broken Arrow, OK, Patsy (Robert) Ravenscroft of Necedah, WI, Wendy Tyrrell of St. Joseph, MO and Kathi (Wayne) Grider of Evergreen, CO; special cousin, Sharon (Mike) Nelson of Hillsboro, WI; Step sister, Geraldyn Heding; brother-in-law, Tim Lattimer of Sun Prairie, WI and a sister-in-law, Jean Lattimer (Edie Halls) of Fitchburg, WI. Larry is also survived by his special aunt, Ora Brooks of New Berlin, WI as well as many nieces, nephews, cousins & friends. Larry was preceded in death by his parents, Lyle & Ona Tanda; his brothers-in-law, Steve Tyrrell and Richard Fey; father-in-law and mother-in-law, Tom & Valda Lattimer; half-brother, Edward Kopenhafer & two step sisters, Marveline Kopenhafer and Sharon Hemerley. Funeral Services will be held at the Clary Memorial Funeral Home in Richland Center on Wednesday, March 21, 2012 at 11:00 AM with Pastor Craig Peach officiating. Burial will be held at a later date. Visitation will be held on Tuesday at the Clary Memorial Funeral Home from 4:00 PM to 7:00 PM and also on Wednesday from 10:00 Am until the time of services. Memorials may be made to the Richland Medical Ltd. Foundation or Partners of the Richland Hospital to be used for scholarships. On line condolences can be made at www.clarymemorialfuneralhome.com

The family of Larry D. Wyman created this Life Tributes page to make it easy to share your memories.

Send flowers to the Wyman family.