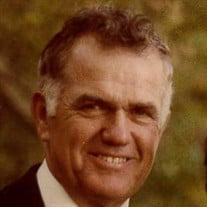 Norbert F. Nelson, age 88, of Plain, (Bear Valley) WI passed away peacefully before dawn on Tuesday, April 11, 2017, at Pine Valley Community Center. He was the son of Fred & Ellen (Maxwell) Nelson born on July 2, 1928 along with his twin at their farm in Big Bear northeast of Lone Rock. Norbert graduated from the Ithaca High School in 1946. Norbert was a lifelong dedicated farmer in Bear Valley who loved his wife and family dearly. He worked at Oscar Mayer for 11 years from 1956 to the time his brother died in June of 1967. At that time he started running his dad and mom’s farm also. He bowled for 30 years with very good friends. He served on the school board for 35 years starting at the Hilldrop (one room) School north of Bear Valley and ending with the Ithaca School District. He was president of the Bear Valley Cemetery Association for years. For 16 years they went to Arizona to spend their winters. He was a very avid Brewer and Packer fan and cheered his children and grandchildren at the Ithaca Bulldog games. Deer hunting was a big deal to him because of all the family fun. Summer Sundays were always spent at Devils Lake with picnics and swimming. Norbert is survived by his wife and Ithaca High School sweetheart of 67 years, Betty (Schoonover) Nelson. They were married on July 22, 1949 and had five children; Nancy (Tom) Clary of Bear Valley, WI, Margaret (Arthur) Simpson of Holmen, WI, David (Rita) Nelson of Bear Valley, WI, Larry (Sherry) Nelson of Ithaca, Barbara (Burf) Mayfield of Bear Valley, WI; sister-in-law’s, Sharon Nelson, Verna, Joan, and Beverly Schoonover; brother-in-law, Stanley Schoonover; 15 grandchildren, 33 great grandchildren, and one great great granddaughter. Norbert was preceded in death by his parents; his brothers, Norman and Darrell Nelson; grandson, Ryan Nelson; sisters and brothers-in-law, Hulda (Ferdinand) Louis, Laura (Richard) Bouchard; sister-in-law and brother-in-law, Ruth (Jasper) Peckham; brothers-in-law, George and Byron Schoonover. Funeral Services will be held on Saturday, April 15, 2017 at 11:00 AM at the Clary Memorial Funeral Home in Richland Center. Pastor Tammy Clausen will officiate with burial in the Brown Church Cemetery. Visitation will be held on Friday, April 14, 2017 from 4 – 8 PM at the Clary Memorial Funeral Home and also, on Saturday from 10:00 AM until the time of service at 11:00 AM. Memorials can be made to Willow Valley Church, Bear Valley Cemetery or Pine Valley Community Village. On line condolences can be made at www.clarymemorialfuneralhome.com

Norbert F. Nelson, age 88, of Plain, (Bear Valley) WI passed away peacefully before dawn on Tuesday, April 11, 2017, at Pine Valley Community Center. He was the son of Fred & Ellen (Maxwell) Nelson born on July 2, 1928 along with his twin at... View Obituary & Service Information

The family of Norbert F. Nelson created this Life Tributes page to make it easy to share your memories.

Send flowers to the Nelson family.