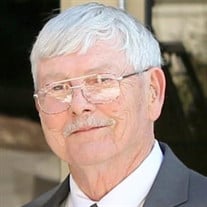 Click on the link below to watch the funeral service! https://www.youtube.com/watch?v=cQQODQQNbac Ralph W. “Bill” Shireman, age 74, of Richland Center died Wednesday, April 15, 2020, at St. Mary’s Hospital in Madison. He was born on September 29, 1945, the son of Ralph Henry and Helen Francis (McNelly) Shireman. On September 1, 1978 he married Philippine “Judy” (Anderson) McBain. Bill was raised on his parents’ farm in Ash Ridge, attending Pleasant View School, and graduating from Viola High School in 1964. Shortly after graduation, Bill enlisted in the U.S. Army, where he got his start in the medical field, becoming trained as a medic and a laboratory technician. Bill was stationed in Okinawa, Japan. He was discharged in 1967, but later re-enlisted in the U.S. Army Reserves in 1976. During his service in the U.S. Army Reserves, he was deployed to Germany during Operation Desert Storm, and he served in Guatemala as a part of Task Force Timberwolf. He retired as a Master Sergeant after over 30 years of service to his country. After returning home from his active military service, Bill worked in the lab at the Badger Army Ammunition Plant. He was a laboratory and x-ray technician at the Richland Hospital for 18 years. Bill attended Southwest Technical College and received his L.P.N. degree, and then received his R.N. degree in 1992. He was employed at the William S. Middleton Memorial Veterans Hospital in Madison for 29 years, before his retirement in 2014. Bill was an exceptional nurse who enjoyed taking care of other veterans. Bill also served Richland County as a deputy and elected coroner for many years. After retirement, Bill was able to dedicate more time to some of his favorite pastimes: hunting and fishing; visiting his grandchildren and cheering them on at their sporting events; attending auctions; having coffee, doughnuts, and conversations with friends; reading; traveling; and spending time at the farm with his Minneapolis Moline tractors. Bill continued to serve his community as a member of Richland County Crime Stoppers, American Legion Post 13, and the 40 et 8 Voiture 1268. Survivors include his wife Judy Shireman of Richland Center, WI; three children, Rachel (Mark) Turgasen of Richland Center, WI; Rochelle (Joshua) Cornell of Ayase-Shi, Japan; Raquel (Jason) Fry of Dubuque, IA; seven grandchildren; Logan, Delaney, and Landon Turgasen of Richland Center, WI; Behati Cornell of Ayase-Shi, Japan; Elliott, Cameron, and Morgan Fry of Dubuque, IA; three step-children; Cheryl Marshall (Mike Cook) of Richland Center, WI; Charles Jr. (Jennifer) McBain of Bayfield County, WI; Christine (Gregg) Schmitt of Richland Center, WI; seven step-grandchildren, Whitney (Bill) Toney of Cashton, WI; Ashley McBain of Arena, WI; Colt Watson of Madison, WI; Charles III (Grace) McBain of Longmont, CO.; Chay, Gabriel, and Grayson Schmitt of Richland Center, WI; step great-granddaughter, Marlena Tony of Cashton, WI; two sisters, Cindy (Leo) Kraft of Solen, ND; Kristi (Joe) Durst of Sextonville, WI; a brother-in-law, Bruce Perkins of Viola, WI; and many nieces, nephews, other relatives and friends. He was preceded in death by his parents and a sister, Darlene Perkins. A Celebration of “Bill’s” life will be held on Saturday, April 17, at 11:00 AM at the Clary Memorial Funeral Home in Richland Center with local military graveside rites following at the Richland Center Cemetery. Friends may call on Saturday, April 17, 2021, from 8:00 AM until the time of services at 11:00 AM at the Clary Memorial Funeral Home. In lieu of flowers, memorials can be given to the Richland County 40 et 8 Voiture 1268 Nursing Scholarship Fund. Online condolences can be made at www.clarymemorialfuneralhome.com .

The family of Ralph "Bill" William Shireman created this Life Tributes page to make it easy to share your memories.

Click on the link below to watch the funeral service!
https://www.youtube.com/watch?v=cQQODQQNbac

Send flowers to the Shireman family.