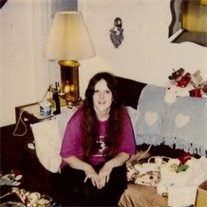 Renee Ann Griffith, age 47, of Richland Center died suddenly Sunday, March 10, 2013 at home. Renee was born on August 17, 1965 in Milwaukee, WI, the daughter of Robert & Thelma (Steine) Griffith. Renee was a person of faith. She was always thinking of everyone else and trying to help any way she could. She never expected anything in return and had the most forgiving heart. She had an uncanning ability to see the good in anyone and accept them for who they were. She loved her family and her pet cat with all her heart. She was eccentric at times but had the most amazing personality. She was loved by many and will be missed greatly. Survivors include her mother Thelma Griffith of Richland Center; two children, Nadine (Michael) Fiedler of Beaver Dam, WI, Deidre (John) Wegner of Watertown, WI; six grandchildren, Braeden, Harper, and Shaina Fiedler, Hailey, Jacob and Matthew Wegner; a great grandson, Xavier Fiedler; two sisters, Karen Gioelli of Whitewater, WI, Sharon Hill of Hartland, WI; a brother, Robert Griffith Jr. of Lake Geneva; nephews, Mike and Bob Marinkobich; nieces, Brenna and Corissa Griffith; a special friend, Susan Tenant; a special cat Buddy, other relatives and friends. Renee was preceded in death by her father, Robert Griffith. Upon Renee's request there will be no formal funeral services. The Clary Memorial Funeral Home in Richland Center assisted the family with arrangements. On line condolences can be made at www.clarymemorialfuneralhome.com

The family of Renee Ann Griffith created this Life Tributes page to make it easy to share your memories.

Send flowers to the Griffith family.