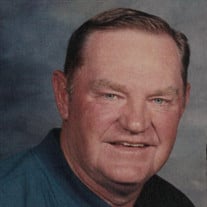 Ronald L. Johnson, 75, of Richland Center, formerly of Janesville, passed away Sunday, Nov. 1, at Harvest Guest Home due to complications from COVID-19. He was born in Wausau, Wisconsin, on Nov. 28, 1944 to Harold and Jean (Hoppe) Johnson. He was a graduate of Lake Mills High School where he exceled in all athletics, especially baseball. He married Mary Ann Meitner on Oct. 16, 1965, in Waterloo, Wisconsin. He spent most of his working life at Chrysler’s Belvidere, Illinois, production plant, retiring after 30 years. His last several years at Chrysler were as a federal safety inspector. He enjoyed playing softball and was active in leagues in Janesville and Clinton. He bowled in leagues in Janesville for decades. He loved deer hunting, both archery and gun seasons. He was an avid fisherman, traveling all over Wisconsin and fishing months at a time at Lake of the Woods at Sioux Narrows, Ontario, Canada. In the 1970s and 1980s he coached Babe Ruth baseball in Janesville. He spent time as a leader for the Boy Scouts of America and a coach for the Janesville Area Hockey Association. In later years, golf became his passion and he golfed courses throughout Wisconsin and along the Gulf of Mexico and East Coast. He participated for several years in the National Senior Amateur Golf Tournament and the city of Janesville’s annual golf tournament. He was an active parishioner at St. Peter’s Lutheran Church in Janesville where he served on the church council many years, several of those as council president. He is survived by his daughter Kristine (Thomas Jr.) Mullikin of Wauzeka, Wisconsin; his son Matthew (Brenda) Johnson of Fennimore, Wisconsin; three grandsons Thomas (Nicole) Mullikin III of Boscobel; Cody (fiancée Hannah Robertson) Mullikin of Wauzeka; and Derek Johnson of Whitewater; three great grandchildren Kaylin, Joseph Thomas (“J.T”) and Chevelle Mullikin, and one step-grandson, Griffin Gunderson. He is also survived by his brother Harold (Mary) Johnson of Madison; sisters Phyllis Freeman of Appleton; and Patty (Jeff) Kiel of North Point, Florida; a brother-in-law Thomas Meitner of Waterloo; and sisters-in-law Judith Fiedler of Vancouver, B.C., Canada, and Sandra Brogan of Mecosta, Michigan. He had many cherished nieces and nephews. He was preceded in death by his parents; his wife Mary on Dec. 30, 2016; a sister, Penelope “Penny” Mundt Hoekman; brothers-in-law Leroy Mundt, Leroy Hoekman, Robert Freeman, Ronald Meitner and Martin “Marty” Brogan. Due to COVID-19, private graveside services for the immediate family will be held Saturday, Nov. 14, at Washington Cemetery in Waterloo with Pastor Bruce Gray officiating. Special thanks are given to the staff at Harvest Guest Home, Crossing Rivers Assisted Living, St. Croix Hospice and Brenda Reisdorph, NP. In lieu of flowers, please send memorials to St. Peter Lutheran Church in Janesville; Harvest Guest Home in Richland Center; or St. Croix Hospice, Platteville. .

Ronald L. Johnson, 75, of Richland Center, formerly of Janesville, passed away Sunday, Nov. 1, at Harvest Guest Home due to complications from COVID-19. He was born in Wausau, Wisconsin, on Nov. 28, 1944 to Harold and Jean (Hoppe) Johnson. He... View Obituary & Service Information

The family of Ronald L. Johnson created this Life Tributes page to make it easy to share your memories.

Send flowers to the Johnson family.