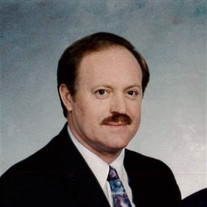 Thomas William “Bill” Cunningham, age 64, of Richland Center died unexpectedly at home on Wednesday, June 10, 2015, due to diabetes complications. He was born in Augusta, Illinois on May 28, 1951 the son of Thomas H. & Eleanore (Shuster) Cunningham. On June 2, 1973 he married Lynette H. Herbert in Richland Center. Tom was retired after having worked for 36 years at Allen-Bradley. He enjoyed traveling, bird watching, fishing and was an avid gardener. Survivors include his wife of 42 years Lynette Cunningham of Richland Center, Wisconsin; 2 daughters, Sarah (William) Cue of Hazel Green, Wisconsin, and Gameron Anne Cunningham of Richland Center, Wisconsin; a grandson, Jonathan Cue of Hazel Green; 2 sisters, Sharon Lotto of Eatonville, Washington and Kimberly Cunningham of Richland Center; sister-in-law, Robyn (Michael) Marshall of Richland Center; father-in-law, Robert Herbert of Richland Center; other relatives and friends including his special, long-time friend, Richard Gerard Cramsey of Liberty, Illinois. Tom was preceded in death by his parents. Funeral Services will be held on Saturday, June 20, 2015 at 1:00 PM at the Clary Memorial Funeral Home in Richland Center with Jehovah’s Witnesses George Burnham. Burial will be held at a later date. Friends may call on Saturday, June 20, 2015 at the Clary Memorial Funeral Home from 11:00 AM until the time of services at 1:00 PM. On line condolences can be made at www.clarymemorialfuneralhome.com

The family of Thomas "Bill" William Cunningham created this Life Tributes page to make it easy to share your memories.

Send flowers to the Cunningham family.