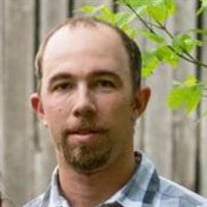 My dear husband, Pop, son and brother, Trent Alan Hostetler, was born on August 15, 1986, at Hope, Arkansas to Vernon and Lois Hostetler. He was killed in a tragic airplane accident on July 2, 2021, in a Communal Section of Leogane near Port-au-Prince,... View Obituary & Service Information

The family of Trent Alan Hostetler created this Life Tributes page to make it easy to share your memories.

Send flowers to the Hostetler family.